Scroll down for Modern Stock. 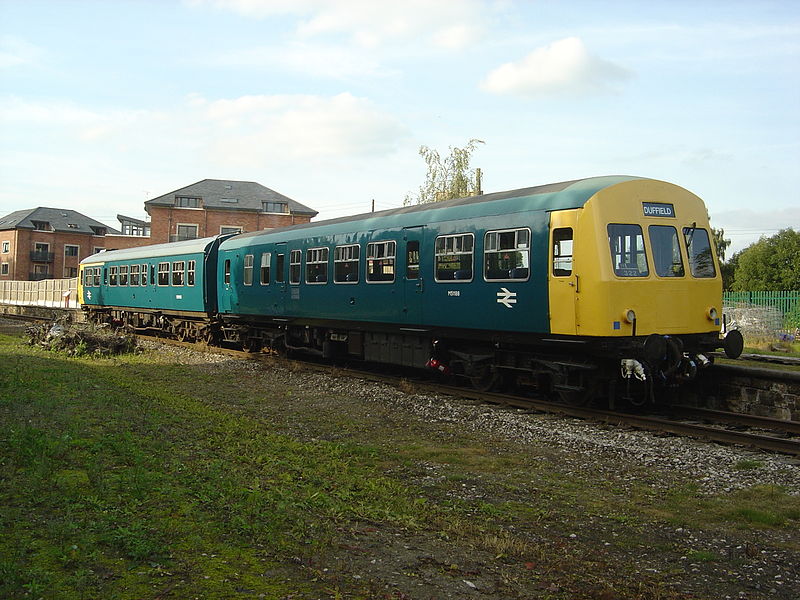 The jumper cable housings and sockets are white and can be seen either side of the brake pipes.
There are also Control Air Pipes that would need to be connected in between units (Except Class 126).

- If DMUs were working as multiple sets coupled together then the correct coupling code had to be present on each set (i.e. Orange Star could not couple to Blue Square).

- A special system was developed by Rolls Royce to enable Mechanical and Hydraulic Transmissions to work together; later discarded after an accident.

- Coupling Codes were visible on each end of the unit just above Solebar height.

- First Generation EMUs were generally able to couple in multiple within their own class but Southern Region stock could be mixed and matched to a degree.

- First Generation DMUs did in fairness last way beyond their intended lifespans with many still in service well in to the 1990s. Even with the new Pacer and Sprinter designs coming in to service some regions still didn’t have enough to go round and had to press older stock in to service to meet demand.

- A hotchpotch of old and new designs running side by side was the norm until the big new orders came in after privatisation which finally saw the elimination of the old diesel and electric designs.

- The number in parentheses indicates how many carriages there are per unit (note that units might be doubled/tripled whilst in service).

- Timing Load is only shown for train types with a specific Entry in the WTT, all other Timing Loads will be in the form DMU/EMU ###, where ### is the maximum permitted speed.

- Current operators are shown normally; former operators (or temporary transfers / operated on behalf of) are shown in parentheses. The 2 Letter codes are the relevant ATOC code, generally self-explanatory, but see list for any you’re not sure of.

- HSTs with less than three coaches between the two power cars are not permitted to run at DMU speeds.

- As of 7th December 2013, the SP module of the rule book no longer lists speed classes for trains. They are now entirely governed by the General Instructions of the Sectional Appendix. Additionally, the new RSSB handbook RS/521 Iss 1 §7.6 describes the term “EPS” with regards to speed classes.

- Several 2nd Generation DMU's and EMU's are now being scrapped as newer rolling stock is introduced. This process is likely to accelerate as many of the newer trains finish testing and enter service. Many Mark 3 and 4 coaches are also being scrapped as there are no operators now in need of their use and are therefore surplus to requirements.

- The Elizabeth Line will open in stages fully from 2022. Class 345 already operate from Paddington to Maidenhead and Reading on the Western section and has now also incorporated the Heathrow Connect service. The Eastern section from Liverpool Street to Shenfield has also seen full Class 345 operation. Testing on the section between Abbey Wood and Westbourne Park is now underway as the Central section's stations are fitted out ready for use.

- Some problems with the Hitachi Azuma trains Class 800 and variants have seen many being taken out of service for checks leaving GWR and LNER in particular critically short of trains for the time being.